My rather large collection of books could politely be called “eclectic.” Impolitely, you might accuse their owner (me) of suffering from a multiple-personality disorder, because there’s no way that some of those suckers should exist in the same universe, let alone the same bookshelf. Fact is, I sample giddily from many different genres and a wide variety of authors. In my library you’ll find everything from high-brow literary tomes to … well, paperbacks that feature words like “heaving” and “throbbing.”

I’m not proud of that.

Though I sometimes try to organize my collection, several of the books have apparently become migratory over the years. For the life of me, I can’t explain how Jeffry Eugenides’ Middlesex ended up next to Retired Racing Greyhounds For Dummies. And just the other day, I found my lost copy of The Hunger Games hiding beneath Stiff: The Curious Lives of Human Cadavers.

Among the stacks and shelves there are some books that I seem to gravitate back to again and again and again. Sometimes I do that because they’re brilliant, although many of them certainly are not. Sometimes, it’s because of a neat plot twist or marvelous dialogue. Sometimes, I have to admit, it’s because a book crosses my mind and I can’t believe just how awful it was … so I go back and read it again to verify that YES, it really was that awful. It’s like a perpetual state of denial. (I regularly go back to certain restaurants for the same reason.)

The point is that every so often I get a craving for that book. That specific book. And heaven help me if I can’t find it, because I will tear the place apart until I do. They’re like my comfort food for the brain. They’re like popcorn. Only made out of paper. And you don’t eat them. Okay, so it was a bad metaphor.

Anyway, I thought that it might be interesting to occasionally share a few selections from my That Book list,  along with a very brief explanation or at least a mea culpa. Mind you, the criterion for these books is that they are still in my reading rotation after at least five years. Some of them I’ve had for over twenty years.

I hope you’ll tell me about your version of the That Book list too! Seriously, don’t leave me hanging out here all alone with only my embarrassment for company! Please?

In no particular order:

One Day In The Life Of Ivan Denisovich – Alexander Solzhenitsyn

In Soviet Russia, book writes author! Seriously, Solzhenitsyn spent years incarcerated in a Soviet prison camp, and it shines through in this stark ‘day in the life’ account.  I must have read it a hundred times and I still feel a sense of suspense as to whether Ivan will somehow manage to get on the sick list.

Granny Weatherwax is possibly the greatest character in the history of characters, and Nanny Ogg can be Robin to my Batman any old day. The Time Of The Thing With The Bulls is side-splittingly funny. Honestly, pretty much all of Pratchett’s Discworld novels (those published prior to 2009) are destined to remain on my That Book list.

In my experience, books written by Tom Clancy must breed with each other. Seems like you can’t hit a garage sale or thrift shop without finding several Clancy books lurking on the shelves and looking furtive. I also have to say that Clancy’s series around character Jack Ryan used to be pretty good, until he ran out of ideas or started using a ghostwriter or something. Then they sucked.Out of all of them, I give this one the nod because it has a good balance with a fairly credible story and a nice ensemble cast of characters.

All Quiet On The Western Front – Erich Maria Remarque

A tale of young German soldiers in the trenches of World War I, this book is even less uplifting than Ivan Denisovich, which just should not be possible. But it’s an insightful and unflinching masterpiece of writing. If it didn’t hit a required reading list for you in High School, and even if it did, I do sincerely recommend it.

As a rule, I don’t like anything hinting of Chick-Lit. I just can’t relate to the genre at all. But I like Bridget Jones a lot! I love the self-deprecation of the writing and the great dialogue. (Although sometimes I get lost in the British-ness of it all.) Bridget’s meticulously kept daily log of lost/gained weight, cigarettes smoked, and alcohol units consumed just cracks me up.

Yes, this is one I ought to be ashamed of.

Actually, it’s a book about Klingons. 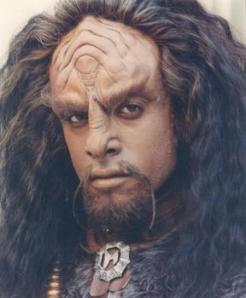 Captain Klag throws his head back and laughs heartily. Doctor B’Oraq tugs on her braid which happens to be adorned with a pin of her family crest. Commander Kurak grasps her right wrist with her left hand when she’s irritated … which is always. Lieutenant Leskit’s Cardassian neck-bone necklace rattles when he moves. These things happen EVERY SINGLE TIME one of these characters appears in any scene in any book of the I.K.S. Gorkon series. It’s a wonder there’s room for a plot. But doggone it, I do love that Klingon perspective and for some reason, I just … keep re-reading this series.

How about you? What’s on your That Book list?

© Sue Wentz. Unauthorized use and/or duplication of this material without express and written permission from this blog’s author and/or owner is strictly prohibited. Excerpts and links may be used, provided that full and clear credit is given to "Sue Wentz: The Bluff and Beyond..." with appropriate and specific direction to the original content. Seriously. I mean it.